If you’re facing drug charges, the uncertainty of your future can be scary. You could be facing severe penalties.

There are steps you can take to protect yourself and prove your innocence.

What were the circumstances surrounding your arrest? If the police entered your home or car without probable cause, a warrant, or your permission, then they violated your Fourth Amendment rights.

As such, any drugs or substances taken as evidence cannot be used against you in court. After the substances are dismissed as evidence – the charges usually follow.

2. Obtaining the chain of custody

Evidence collected by the police will begin a sequential chain of custody. Chain of custody is the movement and location of physical evidence from the time it’s obtained until the time it is presented in court.

Evidence rooms and labs can get extremely busy. It’s not unusual for the police or prosecution to misplace evidence while it goes between detectives and evidence rooms. We’ll examine the proof of the chain of custody. If the prosecution cannot find the substances seized from you, they must dismiss your charges.

Circumstantial evidence may be enough to detain you, but it also creates doubt in a jury’s mind. There is a possibility that drugs found in your home or car don’t belong to you. Prosecutors will link any illegal items found in your possession to you, but a skilled defense lawyer will help break that link.

If the police took something from you that they suspected was drugs, but you know it’s not, the lab results should come back negative. But what if the seized substances come back positive as an illegal drug?

As your lawyer, we’ll question crime lab results. It’s possible that the substance they seized was lost in the chain of custody, or that the prosecution may have submitted the wrong evidence to the lab. The results of a crime lab may be the salvation you need to prove your innocence.

While most officers of the law are upstanding members of the police force, there are those that are unethical. If you think you’ve been framed, talk to a lawyer and give them the specifics of your arrest.

A good lawyer will know to request all body camera footage, question officers if the cameras were turned off, and get all radio transmissions and texts during your arrest. It’s also a good idea to review the disciplinary history of the arresting officer(s).

Together we will fight to protect your freedom, your future, and your reputation. 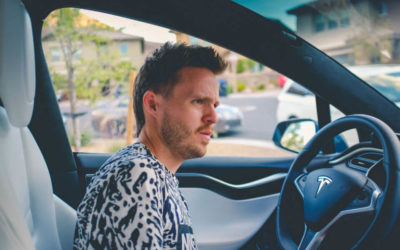 We all had a scratch and sniff book growing up. We would marvel at how accurately the artificial...